Here's something to think about during the holidays....

I'm thrilled and delighted to announce another Irish tour in 2013.  Early October has proven to be a very nice time to tour Ireland. How about  three days and nights in Westport, County Mayo, three in Clifden, County Galway, and three in Doolin, County Clare?  If you'd like all the details of this exciting trip, send me an email with your address, and I'll get one off to you immediately. 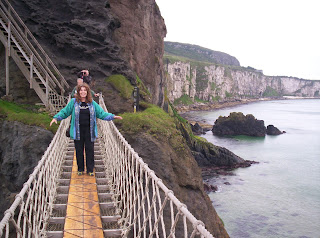 Have a look at my website for basic info on the tours and  also look as well at my friend Johnsmith's website.  http://johnsmithmusic.com/tour-ireland   Following my business partner and friend Tom Pigott's sudden death in February of this year, John stepped in and honored all of Tom's commitments - none of the 2012 tours were cancelled. He is operating now as Inishfree Irish music tours. 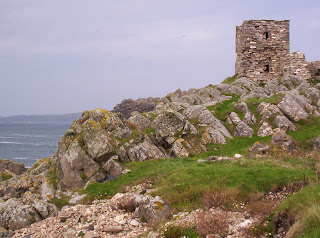 I'm available and anxious to answer any questions you may have.  I love touring Ireland with my friends, and we will have the luxury coach of Paddy Downs at our service!  If you think you'd like to do this, DO IT!  I can only take 22 people, and I'm only doing one tour in 2013.  I'd love for you to be part of it.  Think it over during the holidays.  If I have 22 people signed up by January 15th, the tour is on ...  If I don't, I'll release the hotel rooms, or John will offfer the dates to someone else.

I'm very excited that my talented activist/songwriter/comrade Evan Greer is coming to Pittsburgh to do a "That Was the Year That Was - 2012 - a musical revue" at my house.  I'll also provide champagne and food at midnight.


SOMETHING BORROWED, SOMETHING NEW

My wonderful daughter Amy was invited to participate in a show on THE LEARNING CHANNEL.  They were seeking brides-to-be who are wearing heirloom or borrowed dresses instead purchasing a new one.  Amy is a prime candidate for this show because the dress she'll wear on December 15th when she and Mike Meadows tie the knot was originally worn by her paternal great grandmother. Celia Levin married Abraham Seder in 1913 and the dress remained in storage until I wore it in 1977 when I married Amy's dad, Ron Berlin.

The dress was very frail and in need of major repairs.  The show offered to absorb all the costs of restoring the dress and customizing it to Amy's style if we would tell the story of the dress on their show.  They also had a professional Hollywood buyer measure Amy and select five new designer dresses for her to consider. She could have a new designer dress, or the restored 100 year old dress.  The show brought me, Amy and three bridesmaids out to Burbank for a week of filming and modeling.  It was sooooooooooo much fun!

Go Tammy!  Go Claire!  Go Elizabeth!  Go Maine!  Go Colorado!  Go Washington!
We also had some great victories in Pennsylvania...
and I'm so pleased we won't have to listen to Paul Ryan, Todd AIken or Mr. Mourdoch of Ohio.any more.

Now it's time for the real work.  We've got to devote ourselves to resisting - resisting offshore drilling, resisting mountaintop removal, resisting the Alberta Tar Sands project, resisting hydraulic fracturing ...  protecting our water, our air and our soil.

Your dance card full yet?

It is with great sadness that I report the untimely passing of working-class hero Jerry Tucker.  He mentored me and countless others in organizing, strategy, history, struggle, activism, listening, surviving and winning.  He loved baseball, jazz and labor songs.  His passing, from pancreatic cancer on October 19th, is a devastating loss to the working class. 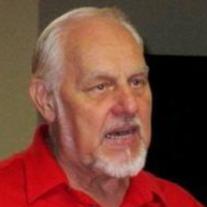 He and I worked on so many campaigns together, starting with the AE Staley lockout in Illinois in the early 90's and most recently the campaign for single-payer healthcare.  His humor, generosity, dedication, knowledge, persistence and optimism were unsurpassed in this movement.

And another labor legend left us on October 5th at the age of 94.  George Edwards, most recently of SOAR, as well as a 70+year member of the United Steelworkers.  He was a fixture at every local rally for jobs, health care, peace and justice. The last time I saw George was at the 2012 Labor Day Parade.  He walked the entire route. To learn more about my friend George Edwards, read his obituary at
http://www.post-gazette.com/stories/local/obituaries/obituary-george-edwards-wilkinsburg-resident-was-usw-activist-every-day-of-his-life-656471/ 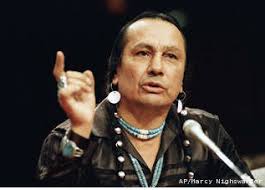 The movement sustained another loss with the passing of Russell Means on October 22nd..  Russell Means spent a lifetime as a modern American Indian warrior. He railed against broken treaties, fought for the return of stolen land and even took up arms against the federal government. Means, who died Monday from throat cancer at age 72, helped lead the 1973 uprising at Wounded Knee — a bloody confrontation that raised America’s awareness about the struggles of Indians and gave rise to a wider protest movement that lasted for the rest of the decade.

Thanksgiving is one of my favorite holidays.  It's totally centered around food, family and friends... at least at my house.  No one is a football maniac.  In fact, our television wasn't on at all on Thanksgiving Day.  The kitchen was crowded with everyone helping to get the food to the table.  I am so incredibly grateful - more so every day - for the love and generosity of my friends that has lifted me from fear and sadness to gratitude and joy.  I can't possibly list everyone who has done something remarkably kind, thoughtful and generous for me.


Thank you for all your help and kindness to me over the past two years.  I don't know what 2013 has in store for me, but you've made it possible for me to live every day fully since my cancer diagnosis.  It's clear that I won't be able to return to my full work schedule for a while yet, and your support continues to be really important to me.  You can use the "Donate" button at http://annefeeney.com or send a check to me at 2240 Milligan Avenue, Pittsburgh, PA  15218.

Posted by Unknown at 2:56 AM No comments: Links to this post