upcoming tourdates at http://annefeeney.com/calendar.htm
buy or download my cds at http://cdbaby.com/all/unionmaid

Happy St Patrick's Season!! I tried like hell to get this out before St Patrick's Day, but I was distracted by some of Pittsburgh's finest Irish musicians Guaranteed Irish and Mike Gallagher.

Come to  Ireland with me!!

Here are the next three reasons in the
top ten reasons to go to Ireland with me:

10.  The airfare at the end of September will be at least $300 less than it is in the summer.
9.  While it tends to rain for a little while almost every day of the year in Ireland, on the average, it rains less than  one tenth of an inch in late September and early October.  No one goes to Ireland for the weather... but September/October sunshine will make it easy to enjoy Ireland.  Check out this link and you can key in the day and year that you'd like the weather forecast for...
http://www.wunderground.com/history/airport/EINN/2012/9/29/DailyHistory.html?req_city=NA&req_state=NA&req_statename=NA 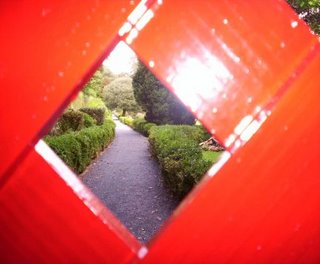 8.  My fabulously talented friend Pol MacAdaim has agreed to come to Westport to visit us, talk about his life in Belfast, and perform magnificent songs on the many traditional instruments that he plays.  You might even get to hear "The Internationale" sung in Irish!
7.   Paddy Downes,  the talented driver of our luxury coach, is also a marvelous bodhran player, step-dancer and turf-cutter.  We will find a way to get him to demonstrate all of his skills.
6.  Your tour includes ALL your breakfasts, ALL your accommodations, ALL admission fees to sponsored attractions, all ground transportation, THREE sumptuous dinners and at least one private concert by a fabulous Irish musician. 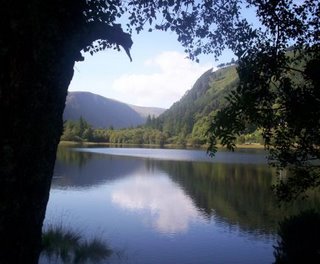 (The last four best reasons next month.... but seats are moving... if you want one (or two) let me know as soon as you can!  I'd hate for you to miss out - A $750 deposit holds your seat. Email me at anne@annefeeney.com - We'll have so much fun!!) 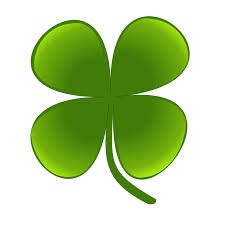 Ken Whiteley in Concert at my house on April 26th!!!!! 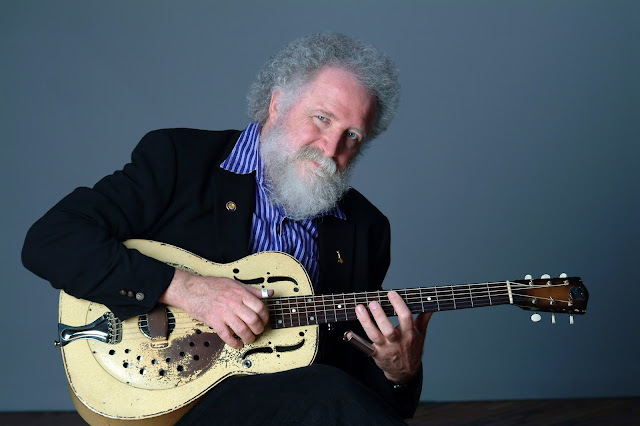 "Masterful and amazing!" Tampa Acoustic Music Exchange
Ken Whiteley is a Canadian roots music legend. He has performed at virtually every major folk festival in Canada and a couple of years ago was featured in the Calliope concert series in Pittsburgh.  Among numerous accolades, he has been awarded a Canadian Folk Music Award, Genie Award for Best Original Song in a Canadian film, Lifetime Achievement recognition from the Ontario Council of Folk Festivals and Mariposa Folk Festival. He has also been nominated for 7 Juno awards and 14 Maple Blues Awards. Ken’s live performances showcase lots of audience singing along and his outstanding musicianship on guitar (slide,  6 and 12 string) and mandolin, award winning original songs and his powerful vocals, called "...a cross between Pete Seeger and Tony Bennett on 11!"   With an encyclopedic knowledge of blues, gospel, folk and swing as one critic said, "Good times are guaranteed!"

I'm so excited to have this legendary Canadian performer in my living room  This show will be intimate and unforgettable. I will serve hors d'oeuvres from 6-7 and then we'll begin the show.  I think I can comfortably seat 20 people in my house.  I'm suggesting a $20-25 donation.  If you made it to Ken's Calliope Concert, you know how wonderful this show will be. Help me to get this concert sold out in two weeks! If Ken has never made it on to your musical radar, do NOT miss this chance!!  (If the weather's glorious, we may be able to add another few last minute seats.  call on the day of the show to see if seats are available.)


Interesting Adds to My Inventory 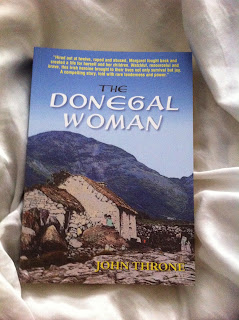 My friend John Throne wrote this absorbing book based upon the life of his own grandmother.  Born into poverty in Donegal, as a child she was "hired out" at a hiring fair - a very common form of labor at the turn of the century. While some of the children who were "hired out" were treated well, many were treated like slaves, enduring great cruelty and deprivation.

Throne offers the story as fiction, the events and circumstances he describes so vividly in the book occurred all too frequently while this institution thrived.  The British had used this hiring fair" system in England from the middle of the 16th century, but it existed in Ireland for less than 300 years, and mostly in Northern Ireland. The book is very moving.

I'm a huge fan of documentaries.  This is What Democracy Looks Like tells a story that needs be told over and over again until we get it.

Set in Seattle in November of 1999, this film is a collaboration of 100+ videographers who documented the people's uprising against the WTO.  I had a hard time finding it for a while, but just picked up another 50 copies of it.  This film belongs in every activist's library. (The fact that get to sing "Jail for Justice" on film at one of the rallies does not influence my enthusiasm for this documentary...)

This is a great introduction to corporate globalization, targeted to college-age and up, subtitles in French and Spanish,  also $20 + $1.50 postage and handling.

Be sure to include YOUR address!
Send the appropriate amount via Paypal to
unionmaid@annefeeney.com, or by check to:

From Elena Klaver in Boulder:


From Betsy Pernotto, Jobs with Justice in Bellingham WA:

"There is a local labor radio show in Mount Vernon in Skagit County just south of Bellingham, WA.  The show is We Do the Work produced by Rich Austin, a retired ILWU member, and Janet McKinney, retired Operating Engineer.. They produce a 30 min. weekly show featuring interviews with different union members or on different issues pertinent to labor, such as single-payer.  The radio station is KSVR-FM, Skagit Valley College."

Here is the link:
http://www.ksvr.org/archives.html#

After writing about my disappointment with Labor Notes (labornotes.org)  for dropping their music page, I received a patronizing sermon/screed from a staffer.  The staffer has asked me to clarify some points:

Contrary to what I said, Ellis wasn't let go from his position last month .  In fact, according to LN, Ellis has been voluntarily working without pay for over a year!!

The staffer also wrote: "We ran an article about labor fiction and it got more page views than the music page does in a year."  (Except I don't ever remember seeing an article about music in LN - or any promotion of the labor music page)   One would think that it was required that we choose -- books, or music.  This validates my suspicion that culture is one mysterious, superfluous, intimidating lump to them.  I suspect they have "binders full of labor culture."

I find it reprehensible that Labor Notes would permit any volunteer to work as hard and long as Ellis did for a year, often funding expenses of the website from his own pocket.

I've been attending Labor Notes Conferences since the early 1990s.  I have performed at more than a dozen Labor Notes conferences ... and I have never been offered a penny of compensation or even in-kind exchange.  None of the other enormously talented musicians I spoke to have ever been paid.   To a person, cultural workers who have donated their time and talent recounted terrible treatment, disrespectful attitudes, humiliating incidents, and woefully  inadequate support for their efforts - NOT from conference attendees, but from the Labor Notes STAFF! A little appreciation would have gone a long way.

Unless there is a substantial change in attitude from the Labor Notes staff, I will not sing at any future conferences.  I have taken this matter to my local union and I await their action.

Many of you know Jeanne personally, many more of you know her as the friend who accompanied me to every single doctor visit, was at my side every day in the hospital, and posted the regular updates about my health on caringbridge.com

Jeanne is running for City Council in Pittsburgh, and there is no one more qualified for that position than she is.  She has many labor endorsements, including the Building Trades, the Laborers and the Alllegheny County Labor Council.

She has been a leader in our community for decades, always speaking out against racism, sexism, violence against women.  She one of the region's most articulate advocates for women's rights, LGBT rights and labor rights.  I am in awe of her courage and dedication.

If you have any questions or need assistance please call 412-682-2647 Thank you for your support and generosity.


thanks for helping my fabulous friend...


Wonderful FL musician and great pal Doug Gauss has had some serious health problems of late.  If you know him, I'm sure he'd love to hear from you.  If you don't have his phone number, call me or leave an encouraging message for him on Facebook, or send him a note or card:


And dear Lee Graham - to know him is to love him - had a couple strokes, pneumonia, and blood clots in his lungs.  If you're not a greedy capitalist rat bastard, send him a card...

Julie comes to Pittsburgh tomorrow.  I'm very excited.  Amy and Mike are house-hunting.  I'm planning a visit to them from April 16 or 17 until the  24th or 25th.  Dan and Monique and Sebastian just had a nice visit with Dan's dad, and my niece Kimberly Anne Sever is on her way to Zimbabwe with her son Casey at this writing. Sebbie sez:  "Daddy, in the daytime it's sunny......... and in the night-time...... it's moony."  My cousin Bill, as many of you know, was passed over to succeed Benedict the XVI as Pope.  I'm hoping that Pope Benedict's retirement inspires Bill to retire too.  He works way too hard.

wars have cost us since I started writing this newsletter a

Posted by Unknown at 8:53 PM No comments: Links to this post