Thanks so much for being family, friends, fans and fellow travelers. You are very dear to me and you make my life and my work possible.

You can preview, buy and/or download my recordings at:
http://cdbaby.com/ 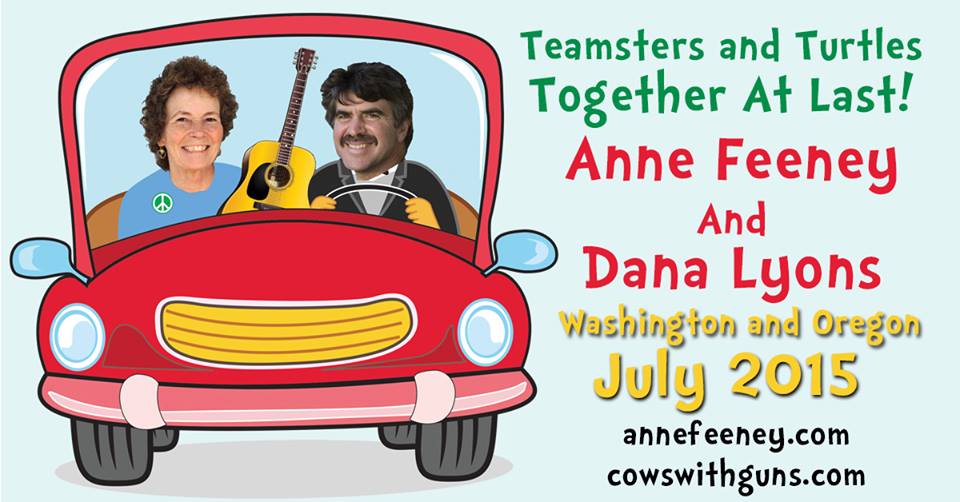 Is this newsletter not displaying properly? 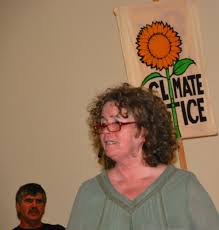 We did lots of radio shows on the tour - here's one from Ashland and the incomparable Wes Brain with the Brain Labor Report on KSKQ
http://www.kskq.org/index.php/schedule/current-shows/127-brain-labor-report/3623-brain-labor-report-7-15-2015-anne-feeney-dana-lyons-teamsters-and-turtles-together-at-last

OREGON COUNTRY FAIR!
Amy Sue and Dana Louise sing for their supper at the Ravioli Palace!

On July 19th in Portland at the beautiful Alberta Rose Theater with Paul Benoit, Jared Kaplan on percussion (behind Dana Lyons... Emceeing the second set). Dana Louise, and her performing partner on this mini-tour - Amy Sue Berlin, my super-talented daughter! Not pictured but also performing with us that night:  Chris Chandler, Anne Feeney and Sean Shanahan.

At our last show in Tacoma I was thrilled to meet and sing with Heather Carawan, daughter of Candy and Guy Carawan. She's a lovely young woman. She, Susan Lewis and Tracy Weigman were my doo-wop gals on my fabulous girl-songs medley. An abundance of riches!

This 1960 photo of Heather's father, Guy Carawan, shows him leading a group of students at Virginia State University in "We Shall Over 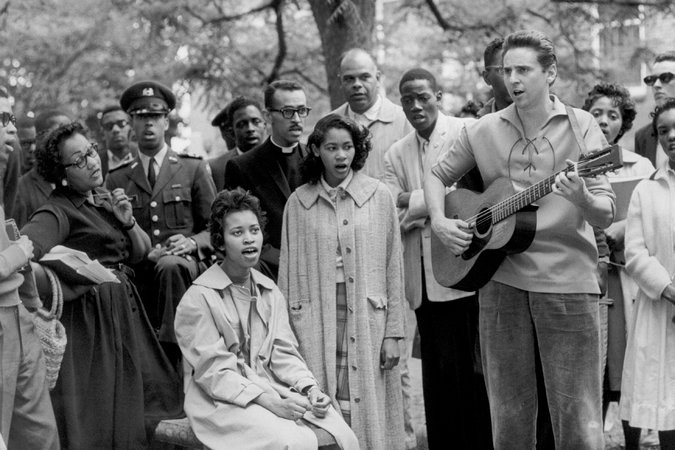 come," a song that he
adapted and popularized for the US Civil Rights movement.

I'll be joining thousands on the National Mall at 10AM on August 1st celebrating the 50th Anniversary of Medicare. I hope you can join us!!

Fruit of Labor and Black Workers for Justice are hosting a fundraiser for my dear friend and sister, Pam Parker on August 15, 2015 in Takoma Park, MD. It's at the Civic Center which is 7500 Maple Avenue, Takoma Park at 7:30pm. We're suggesting $10 or more, but it's a free will offering.

Pam Parker, The Fruit of Labor, Luci Murphy, The DC Labor Chorus, the Charm City Labor Chorus, Joe Uehlein and I will be performing. 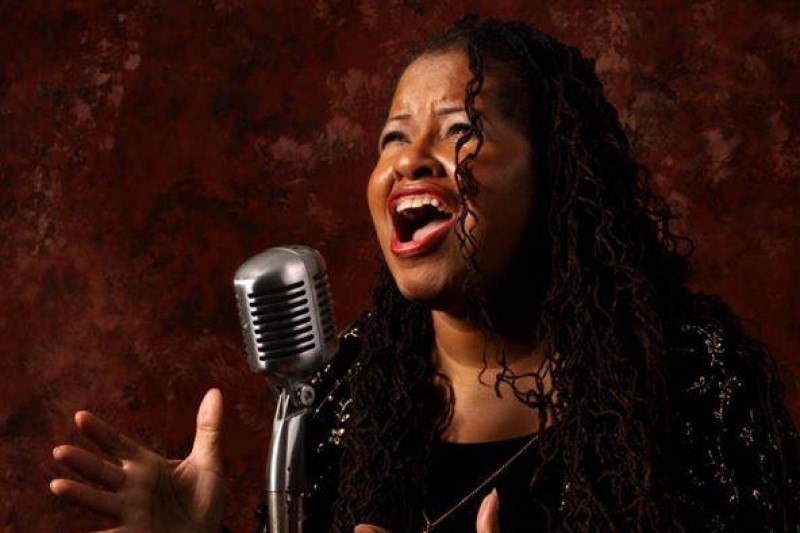 My companera Pam Parker has Stage 4 kidney disease. She is facing dialysis and will need a transplant.  At this point she is unable to work and has no income coming in.   She spoke to a lawyer Tuesday about filing Chapter 13 bankruptcy to protect her house.  She's already behind on her mortgage.

Please join us on:

If you can't make it, I hope you'll consider sending a donation to help Pam through this terrible struggle. Click here to donate online

DEATH OF A WORKING  CLASS HERO

It is with great sadness that I report the passing of a real working class hero and cultural worker.  Dick Mitchell - retired IBEW, St. Paul, MN - a true blue union heart, father to Susan, Mark, Melissa, Barbara - died on June 18,2015. He was 69.

Inspired by their visit to the Great Labor Arts Exchange in the early nineties, he and Lola (his wife of 30+ years) co-founded the Minnesota Solidarity Labor Chorus.  They also began hosting an annual labor cultural festival - The Art of Solidarity.  For many years, Dick also hosted the Labor Speakers Club, adult labor education modeled on Swedish study circles.  His daughter Sue recalled that speakers from the FMLN and Nicaragua spoke at the club.  Many prestigious academic and labor leaders spoke there as well, including Elaine Bernard, director of Harvard's Trade Union program.

Dick's papers will be archived at the East Side Freedom Library, St Paul, MN. He will be remembered.

I'm very pleased to announce that the 2016 tour of Ireland is going to be a go - and these are the dates.  I can take 22 people with me, and I expect this tour to sell out.  There was a LOT of interest after last month's newsletter.  The cost of our tour is $2300 based on double occupancy.  That includes 9 nights' hotel, all ground transportation, all the fabulous breakfasts, admission to all heritage sites, three dinners, all docents,  Paddy Downes, our driver, is a skilled folk dancer, a fine bodhran player, and he can even cut you some turf.  He's a pretty good driver too ;) - Our 22 seat bus navigates even the tiniest of the wee byways of Ireland, so we won't miss a thing.

The breathtaking scenery, the fabulous music and the stories, jokes and lies are all included at no charge as well.  Paddy and I are still thrashing out the details.  You're responsible for getting yourself to Ireland, and we strongly recommend that you come in a day early and experience a lovely B&B to shake off the jet lag.

It's so wonderful to see Ireland at Ireland's pace, and we guarantee that.  Three days at each hotel, with gorgeious daytime trips and evenings with superb music, and perhaps a pint of Guinness stout.
let me know if you're interested.  We'll be in touch with you soon!

I complained to so many of you about my phone devouring all of my phone numbers, leaving me incommunicado...  It took me seven hours over two days, but Apple Help was finally able to get my phone numbers back for me. Hallelujah!

My son Daniel and his wife Monique finished their four years in Zimbabwe and they decided to relocate to Pittsburgh!  Sebastian's 5th birthday approaches and Nico turned 2 in June and they're about as cute as they can be.  Dan just finished taking the Pennsylvania Bar Exam - They're house hunting. They're getting PA driver's licenses. They've picked a great pre-school for the kids.  But before they did any of that, Dan got us all Family Passes to Kennywood Park..

Posted by Unknown at 1:09 AM No comments: Links to this post