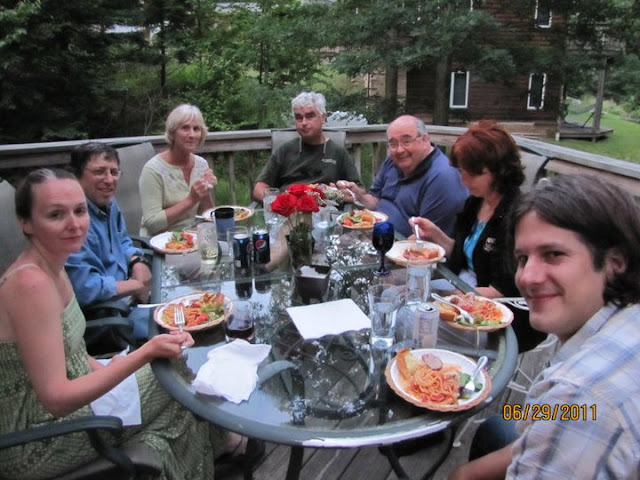 
Well, it looks like I'm doing a summer 2011 issue of the Fellow Travelers' Advisory... It's too late to call this the July issue... and by the end of the month I'll be driving across the northern tier of the US back to Pittsburgh to start a new round of radiation treatments.  They've found another brain tumor and suspect that there are many more getting ready to hatch.  I asked them what would happen if I skipped this round of radiation and they said I'd probably be dead in two months.  It's hard to believe that when I look and feel so good.  But they say I've been overly fearful of the side effects of this treatment, and that if I get this radiation that I will feel good and last a good while longer... They are still talking about a cure, and haven't used the words "palliative" or "hospice" yet, so I'm happy for now.  I will lose my hair again (dammit!) ... I've been coming up with more reasons that it's good to be bald...

Feel free to send me your top ten reasons that it's good to be bald...

The rainbow photo at the top of this was taken outside of Costco where we stocked up before heading up to my big birthday party celebration..


What a serene and beautiful spot... and just off to the right was a babbling waterfall that fed into the lake!

Now I'm on the west coast until the end of the month.  I was thrilled to see my friends Harry and Holly at the Oregon Country Fair... 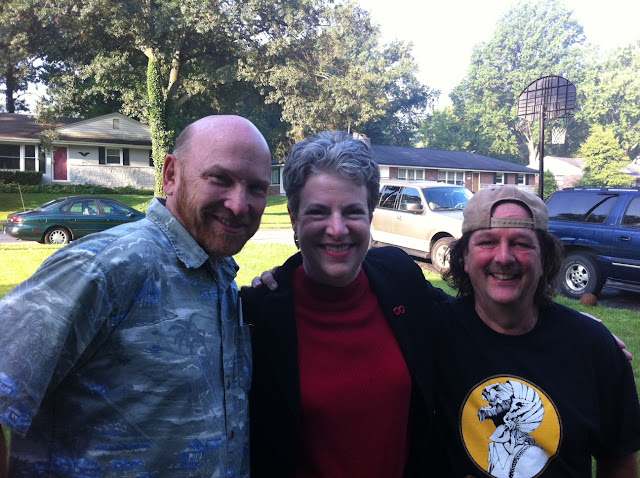 I set off from Pittsburgh on the 4th of July with my pal Jimmy Kelly (on the right) and we spent our first night on the road in St Louis with Doug and Sandy Riggs and their wonderful family.  Doug's had an interesting adventure lately... He and Sandy discovered two honey bee nests inside the walls of their homes.  If you want a glimpse of what 20,000 bees in your walls might look like http://www.ksdk.com/news/article/263576/3/20000-bees-invade-Kirkwood-home

Just before I left I was treated to a lovely birthday season kick-off dinner hosted by my friends Irene and Bob McTiernan.  They gifted me with these lovely wind chimes, which adorn my deck now. 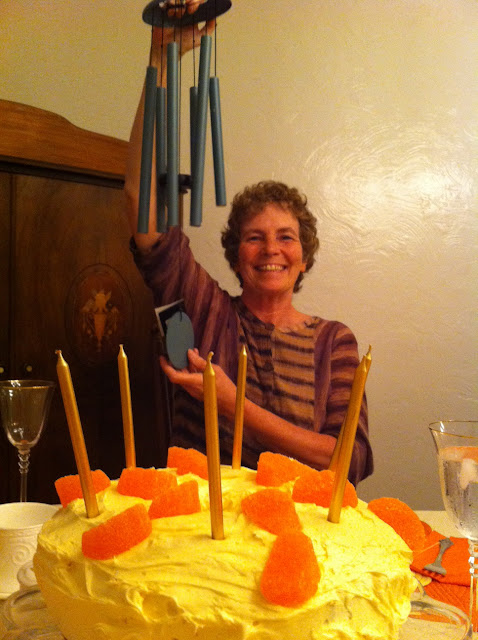 I was saddened to learn of the passing of Curt DeBor, who died suddenly and too young at the end of May.  He was a very talented actor in Pittsburgh, and a friend for almost 50 years.  Also, my pal Laurie Postans from Victoria, BC passed quietly in his sleep on Sunday, July 10th.  He and his wife, Nell, joined me on the first tour of Ireland that I led.in 2009.  He was a very charming man, and he'll be missed by all who knew him.


Dan and Monique and Sebastian leave for Zimbabwe on August 9th from New York.  They'll be with me a couple days in Pittsburgh before they go.  I've sure gotten used to our near-daily visits.  We're already starting to plan a "Christmas in Zimbabwe" adventure.

My sister Kathleen has sold her house in New Jersey and she'll be hanging with me for a while in Pittsburgh.  I'm so happy and excited.  This also means I get Whitey Bulger the wonderdog in residence too!

Breaking medical news will appear at http://caringbridge.org/visit/annefeeney
You can buy my CDs and download full albums or single songs at http://cdbaby.com/all/unionmaid

See you in September!
Posted by Unknown at 3:56 PM

Beautiful as always....god bless you!